Reginald Henry Gill was born 2nd September 1883 in Putney in London. He was the second son of George Henry Gill (who was Chairman of the Chelsea Water Company, Reggie’s uncle Albert Augustus Gill was chief engineer of the same company) and Agnes Ellen Gill (née Bower). His elder brother Theo (George Theodore Gill) was just under two years older (born November 1881). Tragically Agnes died in childbirth. So both boys never  knew their mother. However their father quickly remarried, in 1884, to Mary Agnes Kingsnorth. I seem to remember being told by a family relation that Mary may have been a cousin of Agnes but I can’t find any evidence of this now. Tragically Mary also died only eight years later in 1892 of Hodgkins Disease. She was cared for by a specialist nurse, Eleanor Pritchard Cooke, who became a year later the third Mrs GH Gill and the mother of ARG:

“Then came  the time when I was sent out to special cases – one such patient was the wife of the Secretary of the Chelsea Water Company. She had been ill for about a couple of years in fact almost immediately after their marriage – with what the Drs. diagnosed as Hodgkins Disease. It was my task to travel about the seaside places in the hope that her health would improve but the disease made a rapid turn for the worse and so I took her home for it was cruel to cause so much discomfort unless it did her good…. So G.H.Gill took a house at Hastings … he had been left with two little boys by his first wife who died at the birth of the youngest and for some years had tried to run the house and the children with relations.”

The Bower family seems to have been a large and close-knit family and they must have been a strong support. In his wartime letters, Reggie mentions visiting members of the Bower family, when he was on leave from the trenches, with clear affection. I have a montage photograph of the Bower family dated 1905 (which is about the date that Reggie arrived in Australia), including Theo, Reggie and their father and it seems they continued to be close with the family whilst growing up. 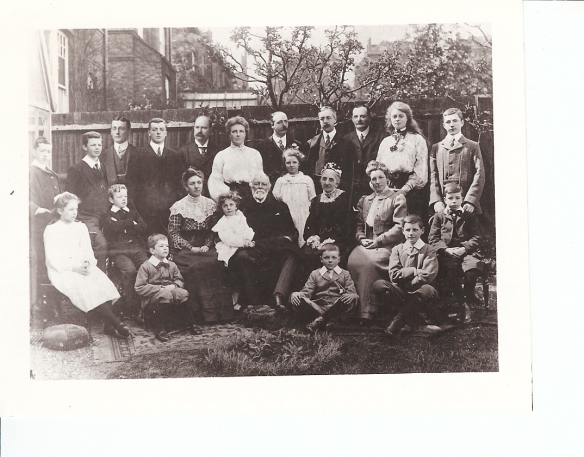 Written on the back of the photograph:

In this photo from Theo’s album, which I believe from other photos in the album is dated circa 1900 (I believe Theo was working as a clerk in the head office of the P&O shipping company in London), Reggie is in the uniform of his nautical training academy.

But it seems that Ovingdean Grange near Brighton was never a school. Ovingdean Hall in the same village however was – “In 1891, Ovingdean House became a young gentlemen’s school, which by that time was renamed Ovingdean Hall. Several extra school buildings were built by 1897. In 1941 the school moved to Devon during World War II, and the Canadian Army took over the Ovingdean site.” It was subsequently a school for the deaf and now is an English language school for international students. http://en.wikipedia.org/wiki/Ovingdean_Hall_School

Reggie’s military records also says he was schooled at “Worcester”:

This was HMS Worcester , now called the Thames Nautical Training College (more on this is a separate post). 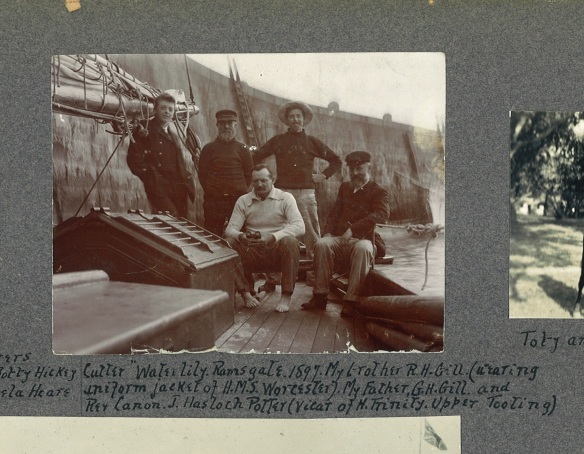