It seems rather a long journey if he left England in May and only arrived with the regiment in October. I believe that he would probably have travelled by ship via the Cape and to Mombasa but doubt that it would have taken five months.

The following photo was in the miscellaneous collection of ARG’s photographs: 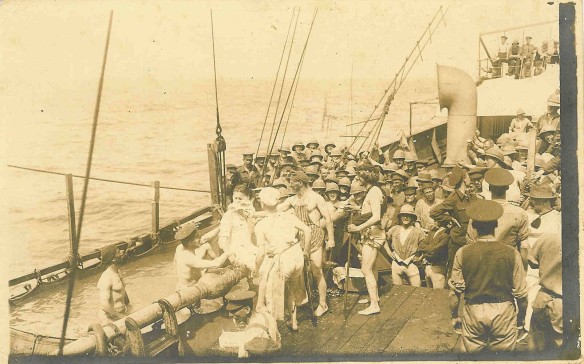 An idea of what the journey may have been like, can be found from an interesting diary of another young British officer, Lieutenant John Bruce Cairnie of 5th Seaforth Highlanders, who was also attached to the KAR and who travelled out by ship to Mombasa in late 1917 –  Diary of Lieut. John Bruce Cairnie

Please feel free to comment. If you see any inaccuracies or have some further information, please let me know. Cancel reply